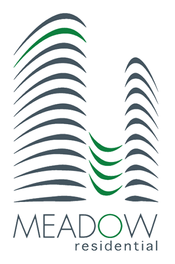 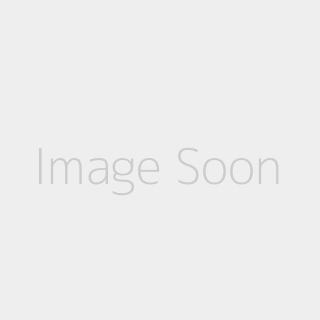 This public statement seeks to outline Meadow's position in respect of recent public comments regarding the future of Dulwich Hamlet Football Club.

On March 6th 2018, we wrote to Dulwich Hamlet Football Club limited (DHFC Ltd) confirming that following repeated breaches of their licence agreement we were taking action to withdraw permission for them to use the Champion Hill Stadium. We also wrote to the DHFC ltd confirming that Meadow owns the name and trademarks associated with Dulwich Hamlet Football Club (The Club). The application for the trademarks was undertaken in early October 2017 as part of discussions over a memorandum of understanding and ultimate handover to the Dulwich Hamlet Supporters Trust (DHST) namely the fans of The Club.

Meadow has made contact with DHST to facilitate the immediate transfer, at no cost, of the trademarks to preserve the name and identity of The Club itself, irrespective of the continued insolvency of DHFC Ltd.

Meadow bought the Champion Hill site out of administration on 6th February 2014. At the time of acquisition, DHFC Ltd was insolvent and owed significant sums to HMRC and various utility companies and service providers. Meadow paid off these DHFC Ltd liabilities to allow continued operation of The Club. Meadow then granted DHFC Ltd a licence to play their home matches at Champion Hill. During the term of licensed usage, Meadow has received no rent (despite being due under the licence) and have subsidised the day to day operations of DHFC Ltd. The total funding Meadow has provided just so the club can keep playing is in excess of £750,000 paid by Meadow over the last three seasons.

Meadow's plan for the Champion Hill site is to replace the current ground with a new stadium, secure the long‐ term financial future of The Club and provide much needed housing. Over a number of years, we sought to engage constructively with Southwark Council to secure planning permission in order to implement our plan and therefore ensure the long‐term survival of The Club.

Meadow obtained advice from a leading QC who confirmed our view that the planning application was appropriate and sound. Southwark Council, again for unknown reasons, remained determined to block the application and appeal. To achieve this they took legal action to take away DHFC Ltd's lease of an AstroTurf pitch at Greendales Playing Field. This legal action by Southwark Council removed The Club's control of a piece of land which was essential for its sustainable operation and future.

Following this Court action, the Council has pursued DHFC Ltd for legal costs in excess of £300,000, further undermining its financial security and rendering DHFC Ltd insolvent.

Southwark Council's legal action was an attempt to block Meadow's proposals to redevelop the site seemingly at all costs. We repeatedly stressed to Southwark Council that The Club had only survived for the past 3 seasons because Meadow had provided funding and that without a viable Stadium project, Meadow could not continue to do so.

Meadow has been unable to financially support The Club while Southwark Council is determined to prevent the stadium proposals from progressing. This is despite a written plea from The Club that the stadium project is essential for its survival.

Meadow has no dispute with the playing staff, the many loyal fans and members of the community who care about The Club and who want The Club to survive. Meadow would never have committed such significant sums of money to support the club if it did not genuinely believe in its importance and value to the community.

Over the past few days we have heard and listened to the concerns expressed by the Mayor of London, local MPs and the many fans who care about The Club. We remain willing to sit down with all parties to find a way forward.

Our view is that is best achieved by:

• Meadow agreeing to allow the Club to operate from Champion Hill for the remainder of the season.

• Meadow transferring with immediate effect the ownership of the trade marks to DHST, ensuring that the fans properly own the name and can work with us, DHFC Ltd and Southwark Council to make the changes that are needed to secure its future.

Meadow's fundamental position has never changed. Meadow owns the Champion Hill site and wishes to develop it to provide much needed housing, including affordable housing, and a new stadium for The Club therefore securing its future at Champion Hill. With the support of Southwark Council, the community and ultimately the involvement of The Mayor of London, Meadow will do so.